This is the fourth #FridayThoughts I’ve written now and I hope you’re enjoying reading them as much as I am enjoying writing them. Last weeks post was a little bit different but it turned out to be my favourite one yet! Without further ado here are this week’s thoughts.

I wanted to give a mention to Buzzfeed, to me they have got Social Media all right. They know how to create the most ridiculous yet amazing content that you never knew you needed in your life.

Their quizzes in particular never cease to amaze me. There’s something so captivating about simple and frankly stupid quizzes. BuzzFeed get it right every time (their content not the quiz answers!) They know exactly how to make content that’s so simple and shouldn’t work yet does.

“I should get some sleep but there’s a quiz here that will tell me my future based on my McDonalds order!”

But their genius content doesn’t stop there. We have BuzzFeed to thank for the Social Media craze Tasty. The short and engaging recipe videos, which are made even better by the fact you don’t need any sound to watch, blew up in 2016 and are only expected to grow in 2017. 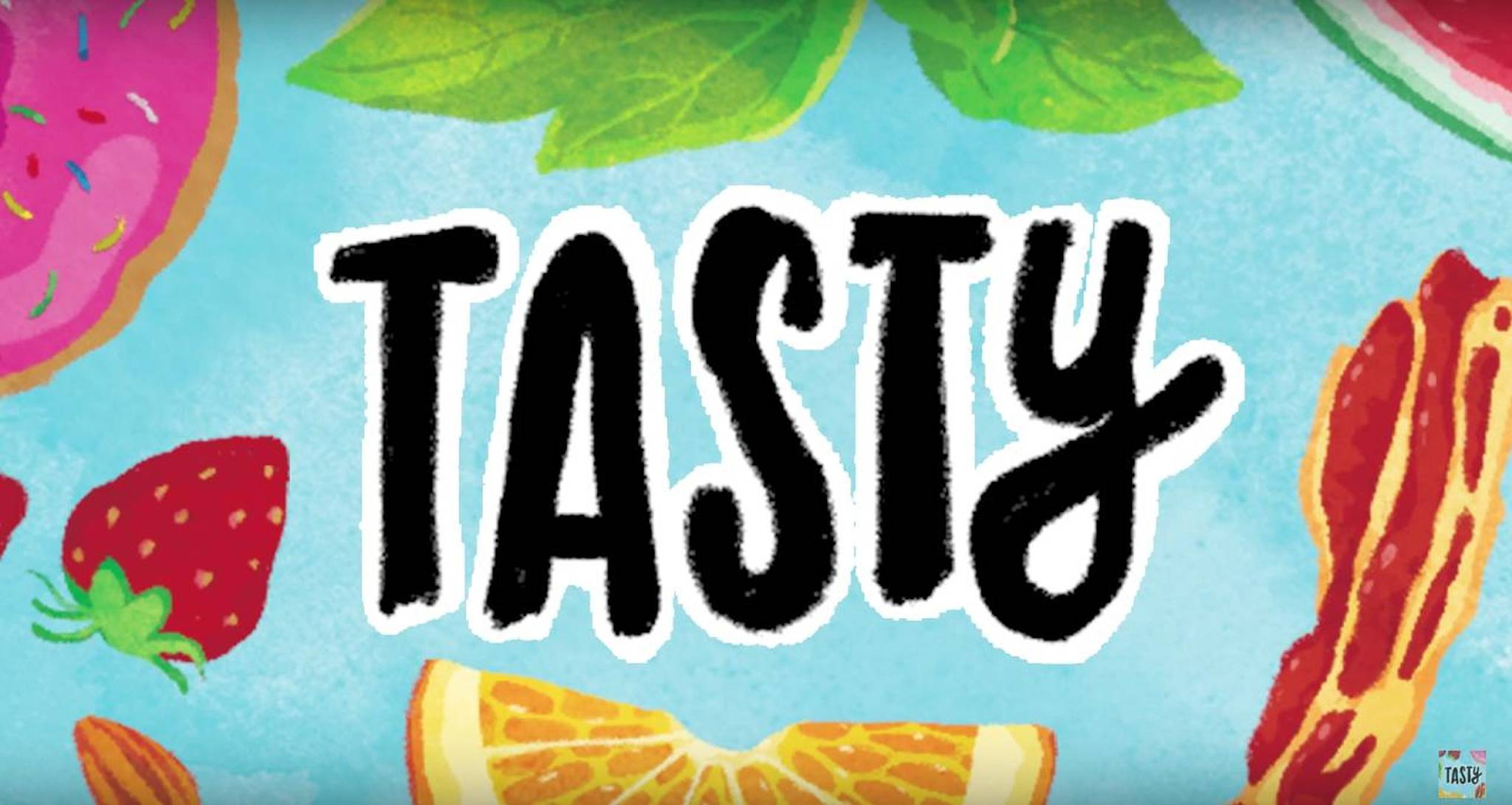 Video rules Social Media at the minute and I think that BuzzFeed are always ahead of the game. They have gone from a site posting news and viral posts and have since grown into one of the most recognised and loved Social Media and news sites.

Not only do they produce some of the most unique and engaging content but they make bigger, traditional news outlets rethink the way they produce content.

I also subscribe to their YouTube accounts where they do a range of short and again, unique videos that I love.

My favourite is a series called “Worth It” where members of the BuzzFeed team try 3 different restaurants of the same kind of food but at three different price points and then decide which one is the most “Worth It.” It’s something I’ve never seen before, not even across Traditional Media. They always find a way of creating unique content and the team is so huge you could find an article or video that relates to everybody. 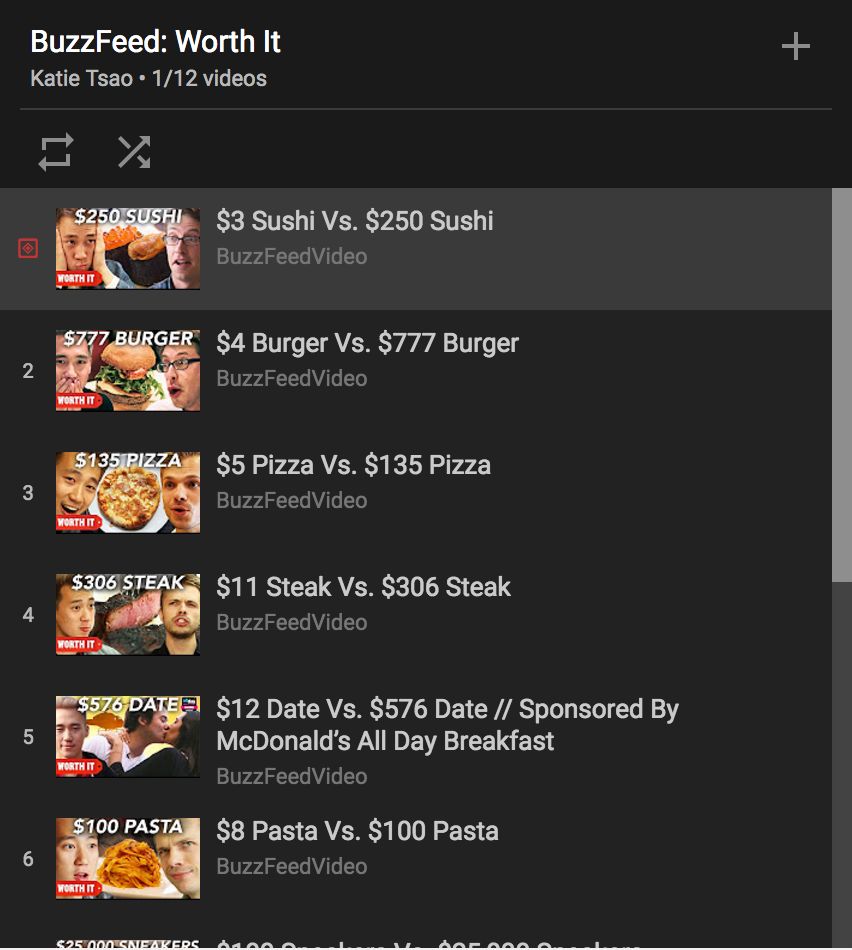 There’s definitely things to learn from BuzzFeed. They know what they’re doing and they do it well. Their unique content inspires me to create content that provokes thoughts, stands out and may sometimes be a bit silly.

The importance of brand ownership: 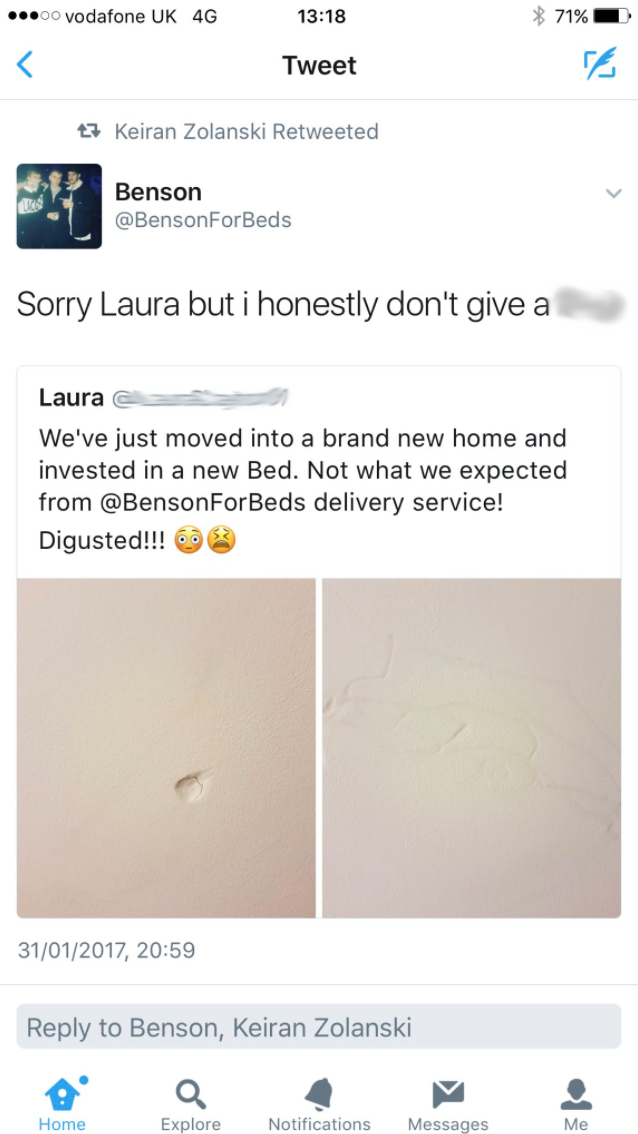 If this doesn’t highlight the importance of having clear ownership of your brand on Social Media, I’m not sure what does.

The holder of the account is a boy called Benson from Sheffield. It appears he’s taken his first name and played a joke on it but this could be potentially damaging for a brand.

The actual Bensons For Beds haven’t commented on the situation publically but they tweet did rack up almost 2000 retweets and over 4000 likes which could be potentially very damaging, if not a bit funny.

The original tweet from Laura has since been deleted and we can only hope she managed to resolve her complaint. I do understand her confusion but I’m sure next time she will double check exactly who she’s tweeting before she hits send.

Social Media over the past few months has been an increasingly positive place where everybody shares their views and generally uplifts others. Social Media can often be full of hate, and I think to an extent it always will be, but it’s good to see people unite and show that hate never wins. I think we’re transitioning into a different era where people don’t want to tolerate inequality and with recent news and changes within the world I can only hope this continues to grow.

Twitter in particular can be a place where hate and negative opinions make up a lot of the content so it’s refreshing to see some good.

However, I do wonder if more and more brands and public figures are getting involved with positivity, equality etc. because it’s popular right now and will gain them good exposure? This is something I’m keen to explore in  #FridayThoughts posts.

Over the past weekend I came across this tweet: 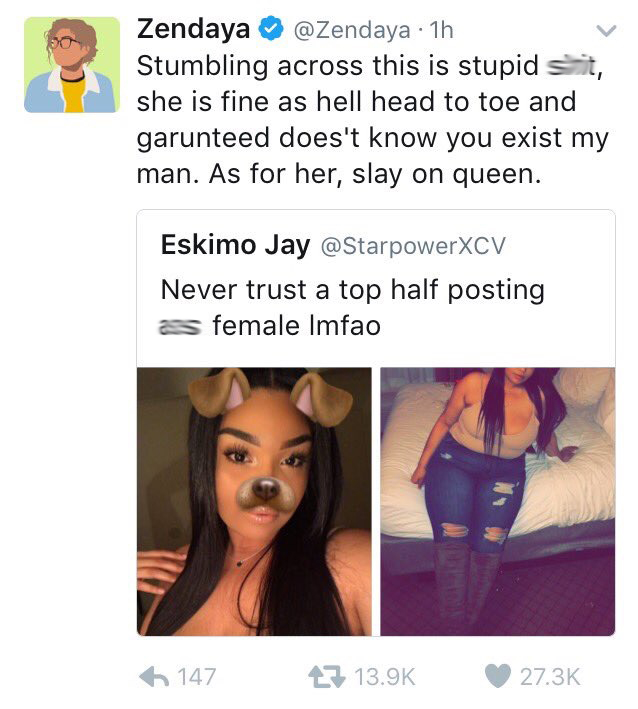 If you don’t know who Zendaya is, she started off as a Disney Channel star in her teens and has gone on to start her own clothing line which promotes body positivity and celebrates all kinds of women.

Users followed on by giving the name of the female and she’s now in talks with the line about modelling for them. 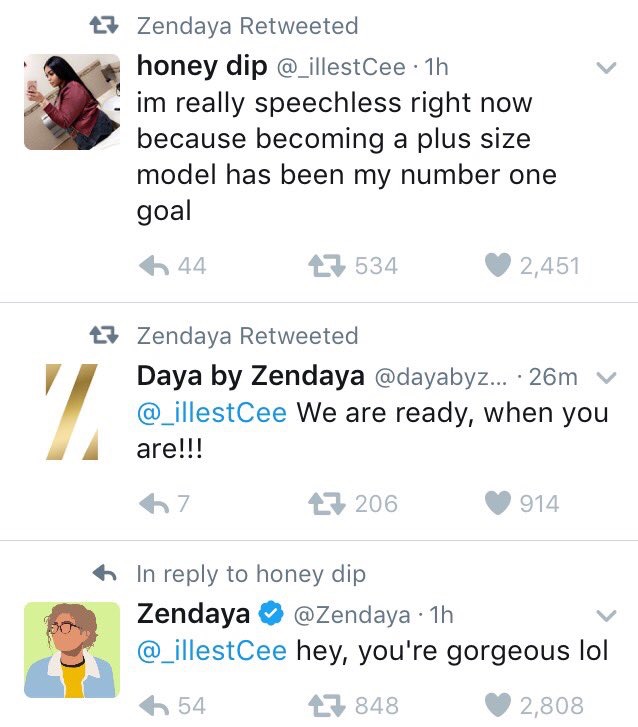 It’s refreshing to see public figures with big following standing up against bullying and talking about topics that they’re passionate about.

It can be easy to get lost in the sea of hate that floods Social Media but cases like this prove it’s not all bad and that actually some good can come from Twitter trolls.

I hope in the future more people and brands put their platforms to good use and that the boy who sent the original tweet may think twice before sending abusive tweets again.

This wraps up this weeks #FridayThoughts. These are my favourite posts to write so I hope you enjoyed reading and I’ll see you next week for another Social Media round-up.