On 20th January Barack Obama stepped down from his 8 year presidency and as I’m writing this I’m currently watching Donald Trump’s Inauguration live on Twitter.

To me, it shows the generation and world we live in now where such iconic and memorable events are being streamed live across Social Media. I’ve found myself moving on from traditional forms of media and began using outlets such as Social Media to source news and catch up on events. I frequently watch tv shows, YouTube videos and browse Social Media on my mobile and I think that’s definitely the future of viewing. I liked the interactivity of the stream, not only could I watch such an iconic event live from Social Media but I could also see what other viewers were saying throughout.

The push on ‘Live’ content across Social Media is increasing with platforms like Instagram now joining in on the action I think we can only expect more and more events like this to be streamed live on platforms.

(P.s can we talk about the gold that is Michelle Obama’s facial expressions throughout the ceremony!!!) 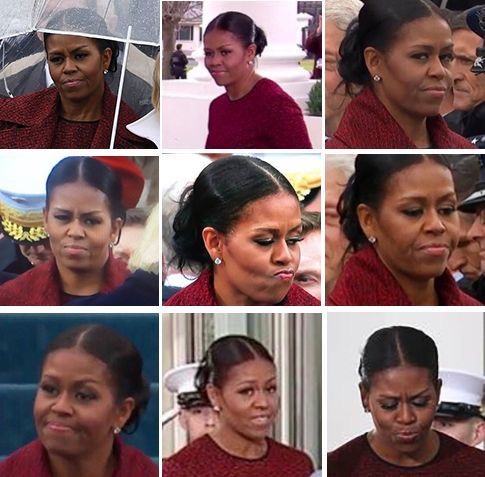 On 21st January women, men and children alike all around the world united and marched in support of women’s equal rights, safety and health- recognising that the vibrant and diverse communities are the strength of the world.

It was amazing to see the extent of people from all backgrounds, races and genders standing for equal rights for women everywhere and I believe Social Media added more fuel to the fire.

Marchers were sharing photos from events all over the world with the hashtag #WomensMarch and the official Twitter account for the organisation has over 300k followers.

Here are some of my favourite signs from the march that I found on Social Media: 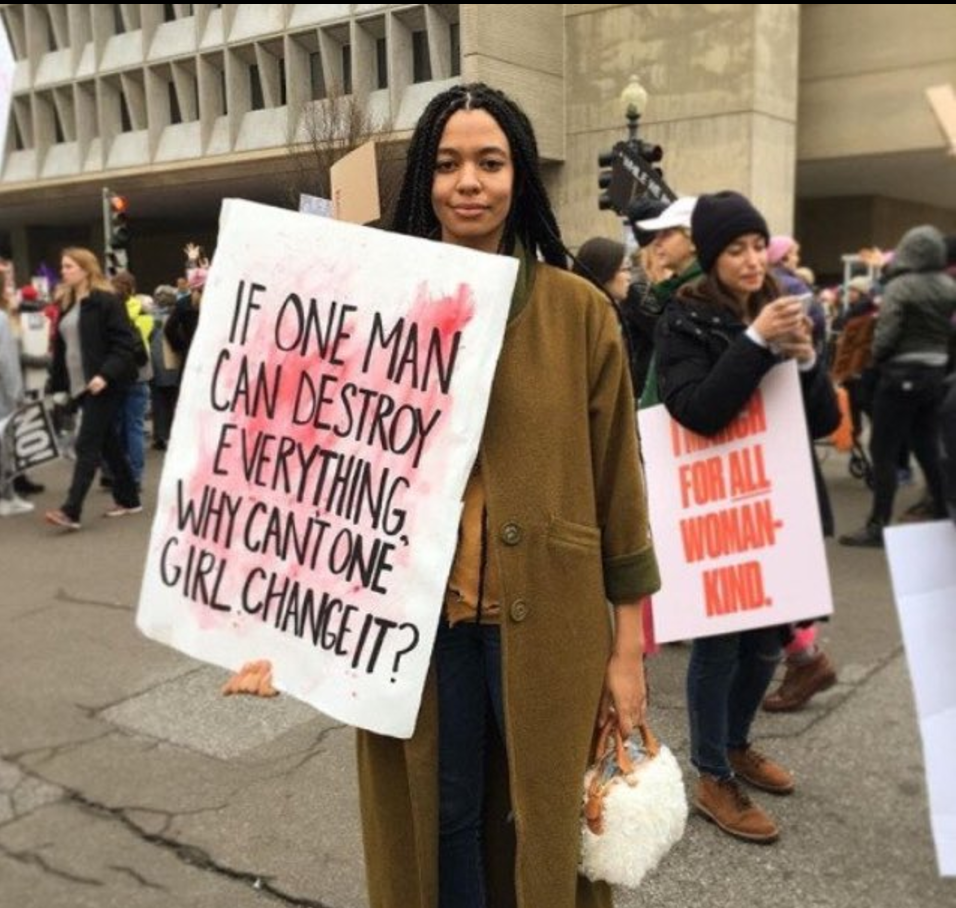 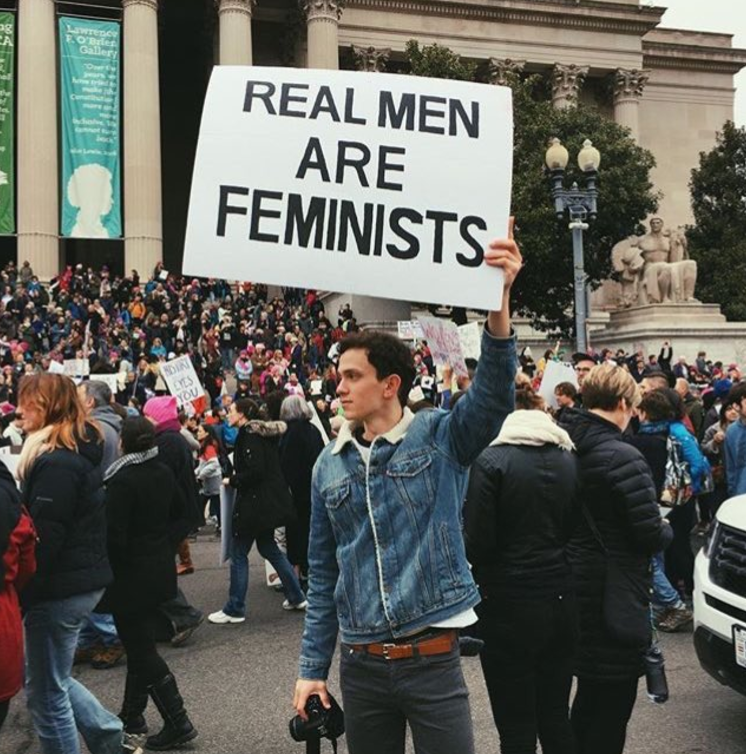 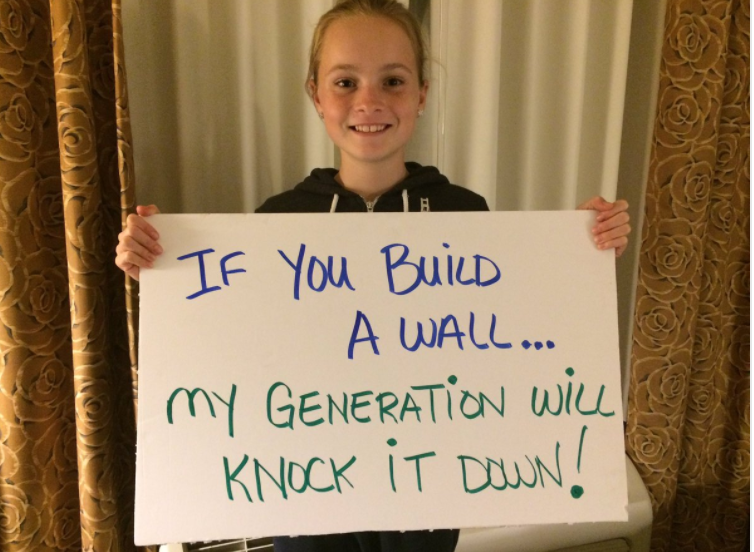 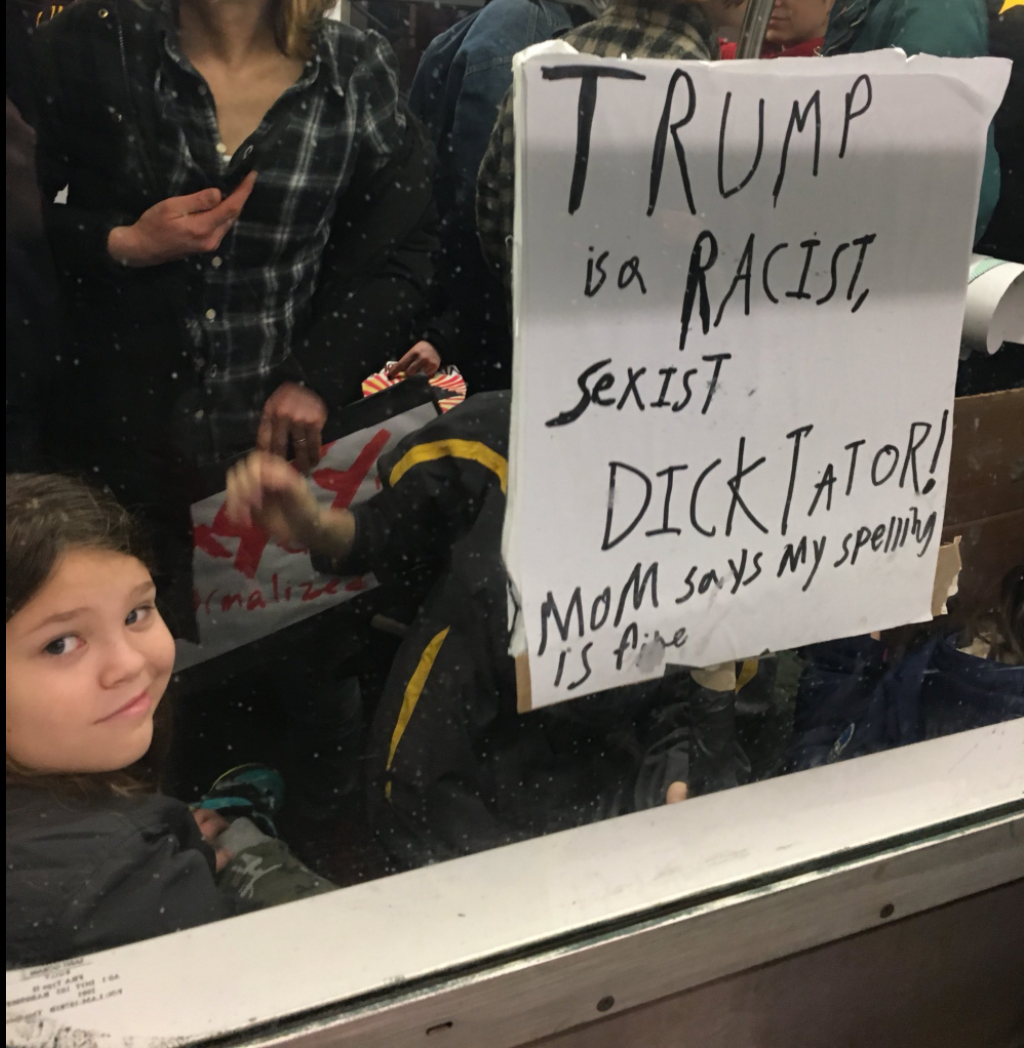 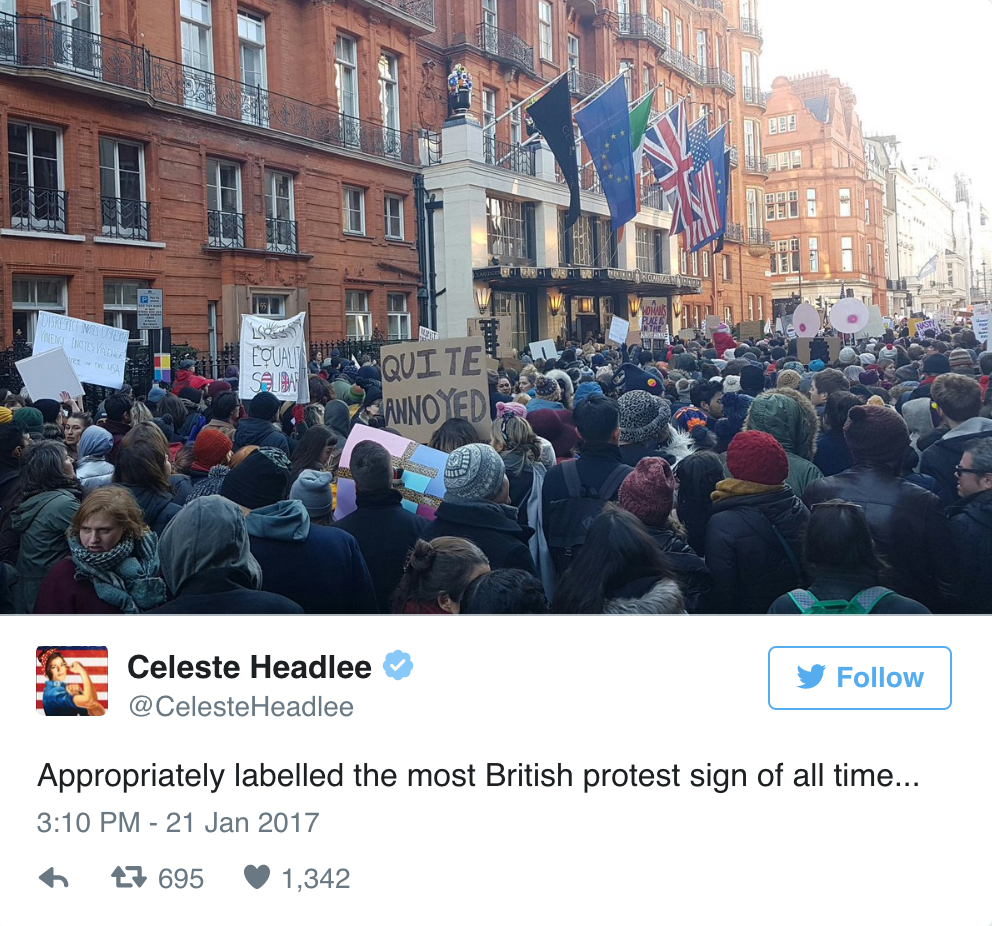 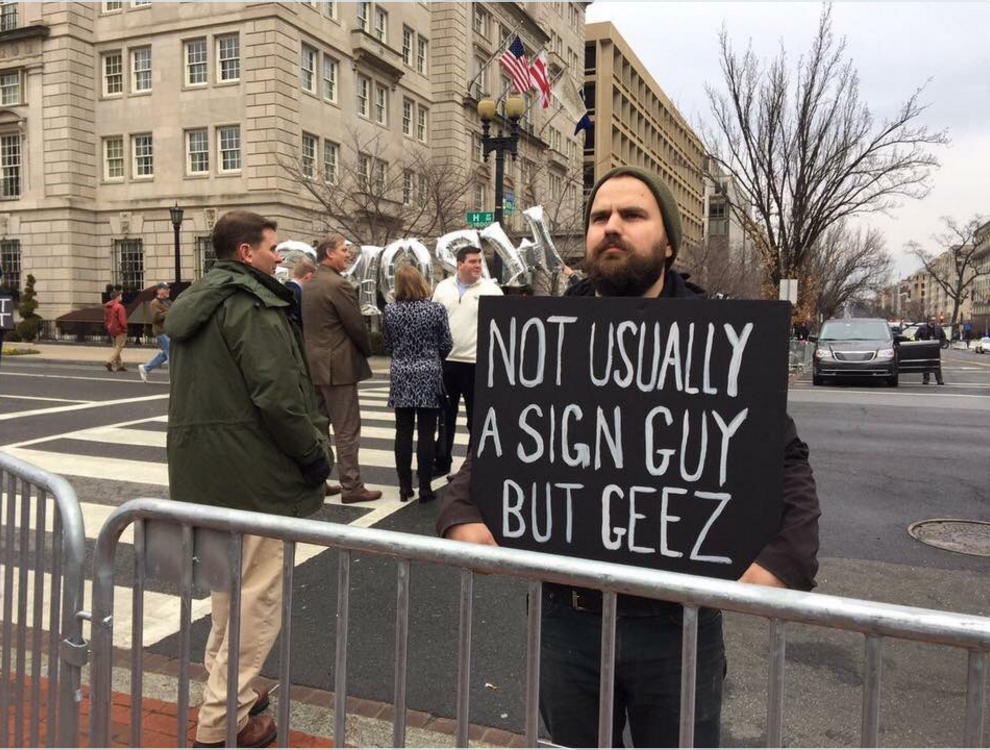 The power of Social Media is amazing and never fails to unite people in a unique way who share the same views. I wonder if it wasn’t for Social Media would the marches be so widespread across the world? Would everybody be so aware and ready to fight back?

I feel people use Social Media as more than just a platform to socialise and post about their life, they use as a way to spread awareness for what they’re passionate about and bring topics that the traditional media often shy away from.

I was so inspired by the marches and I loved seeing the powerful, creative and funny signs that participants made. The fact that everybody from children to men joined in shows the impact we can have as people if we join together.

You can find out more about the Women’s March here

My final Friday thought of the week is all about a four part video series by Jigsaw (the tech incubator at Google’s parent company Alphabet) who are on a mission to help find new ways for technology to improve people’s live all around the world. The series features interviews with activists, lawyers, journalists and technologists who are courageously using technology to fight back for the human rights in their country.

The series kicked off with Roya Mahboob who is on a mission to change the prejudice and inequality Afghan women face daily, all with the aid of technology. She’s making it her goal to give young women in Afghanistan the same thing that helped free her- an education. 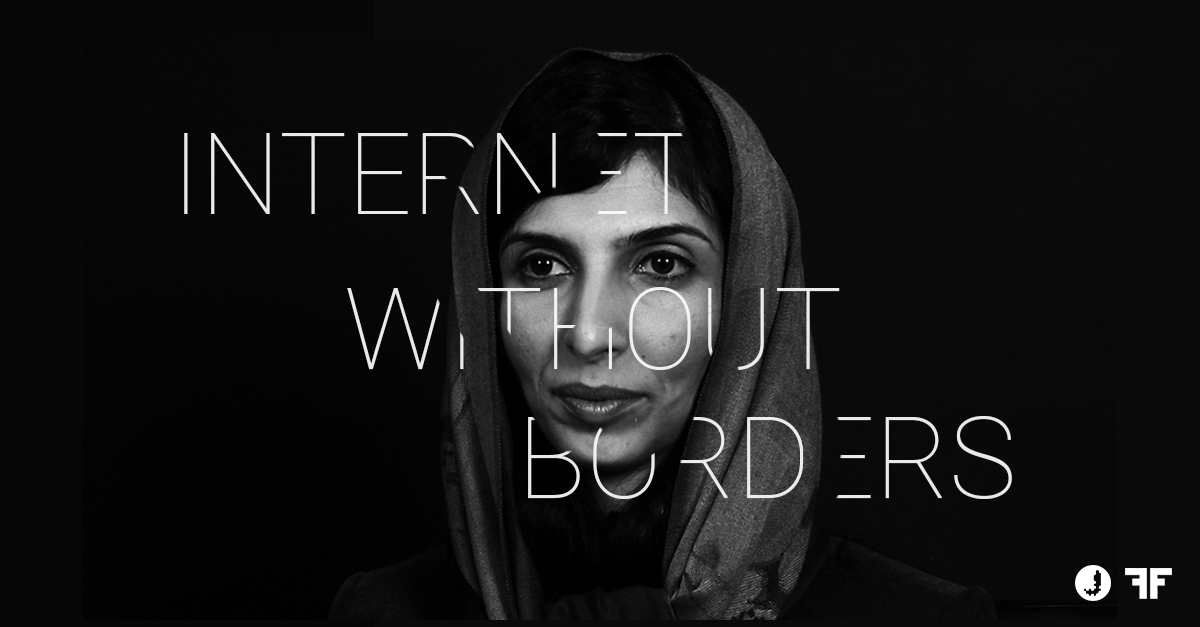 However Roya has proven that’s not always the case. Roya grew up during Afghanistan’s Taliban regime, a time where just 3% of girls went to school. A turning point came for her when an internet café opened in her hometown. Having the access to a computer and the internet opened her up to new information and pretty much anything she could want to know. This empowered her and led her to found Citadel Software in 2010, becoming one of the first female tech CEOs in Afghanistan.

Roya Mahboob doesn’t claim to be able to change the whole country overnight but instead says “Maybe the problem seems big, but solutions start small.” Societies around the world are changing, people are becoming more aware, more driven, more determined for success and don’t want to settle for inequality. I love that technology is literally changing lives and starting revolutions all over the world.

“These people needed to restrict information and control what’s going on. Because then, when you don’t have an education, you do what they want” Roya says this is where technology comes in. When these young women have access to computers and the internet they’re exposed to more and more information, just like a young Roya.

She says “Girls around the world deserve to have the tools to imagine a better life.” And I definitely agree, I’m going to follow Roya Mahboob on Social Media and I hope to see what progressions she makes. 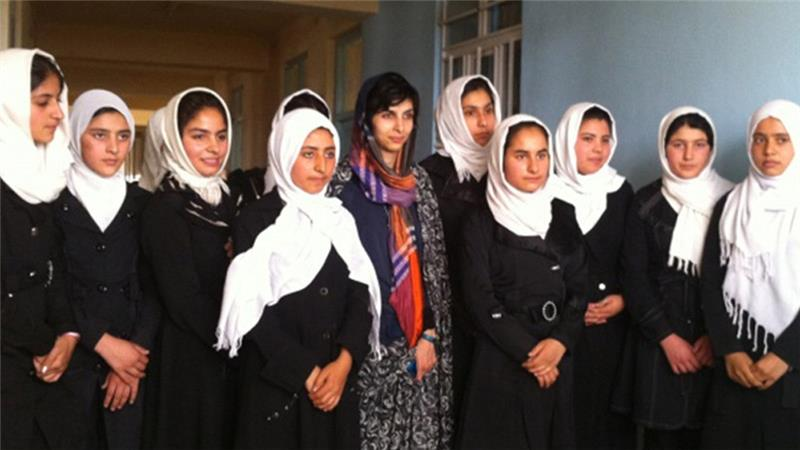 You can watch Roya’s video here.

The second in the series comes from Omar Sharif. Jr and you can watch that here.

I love how the two of them are using modern technologies and Social Media to change societies and in turn change lives. Social Media can open up a world of opportunity and give people a voice who may never have before.

This week’s #FridayThoughts has been a little bit different but I hoped you enjoyed it. I came across a few topics I felt passionate about and inspired by and wanted to give my #Thoughts on them.😉