Welcome back to another #FridayThoughts. If you aren’t familiar with these posts every Friday I do a Social Media roundup of the week and talk about what I’ve liked, disliked and any brands that have stood out.

What I love about Social Media and online news outlets is that they are less rules and the typical stereotypes are often broken. Take this article from Nylon: 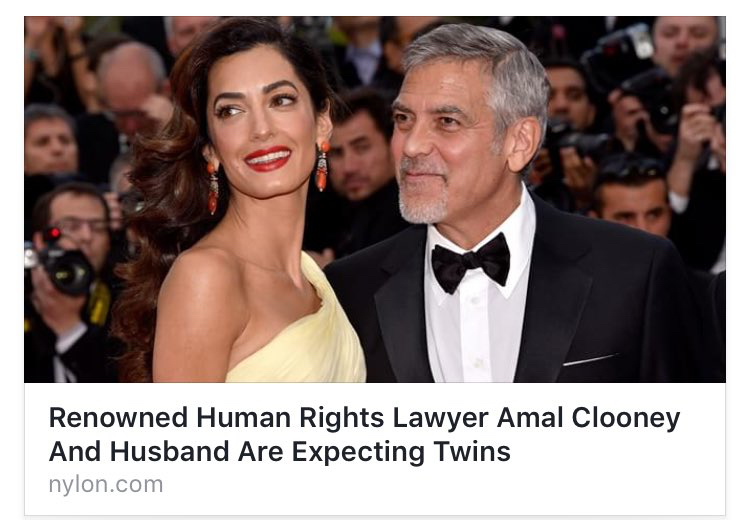 I saw this on Twitter and loved it. I don’t doubt the title was written like that for effect and to gain attention but nonetheless it’s so refreshing to see.

So often in traditional media (and online) women are undermined, critiqued and rarely put above their husbands. Seeing a title like this where a woman is celebrated over a man, who is arguable more famous, to me shows that we are moving forward and woman are being recognised more.

The article was written by a woman, Sydney Gore, who also happens to be the Assistant Editor, #GirlPower!

Something I noticed when searching for how other news outlets documented the pregnancy was that George’s name was always first and sometimes Amal’s name wasn’t even mentioned. Amal is carrying the children yet she gets no mention or is labelled as “George Clooney’s wife.”

Women are so much more than men’s wives and can be established on their own and the sooner the media celebrates that and accepts that, the better.

Love is in the bank:

Of course, I had to comment on a Valentine’s Day promotion. I’ve got to say I find a lot of brands Marketing cringey when it comes to Valentine’s Day and when I heard about Tinder’s Valentine’s promotion I did cringe a bit but I eventually come round to the idea.

Dating app, Tinder, ran a Social Media promotion where users had to tweet their ideal Valentine’s date and if Tinder liked your idea they would fund at least part of your date. With one catch, you must express your date in the form of Emoji’s.

I’ve spoke about the importance of emoji’s before and the impact they can have on your social presence as a brand, however I think they’ve got to be used correctly and can end up being cringey and totally unrelatable. (See this ad to see what I mean)

In this case, even though I cringed a bit at first I think it is actually effective. 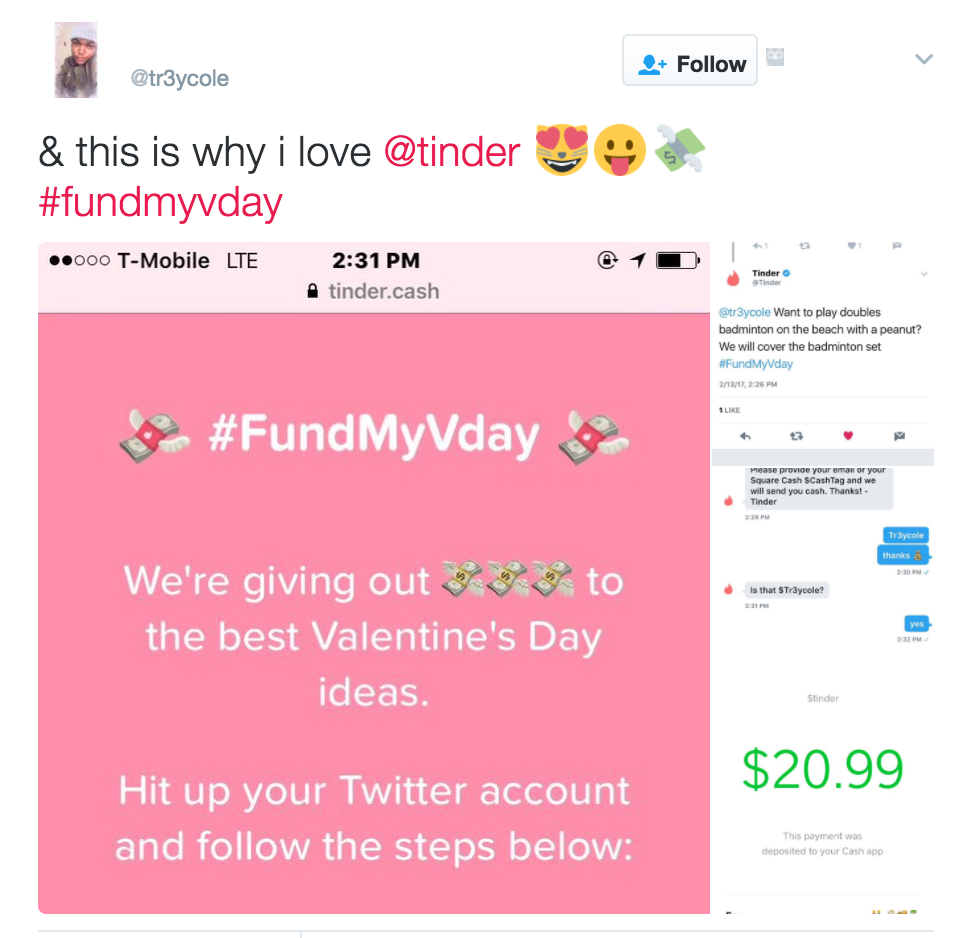 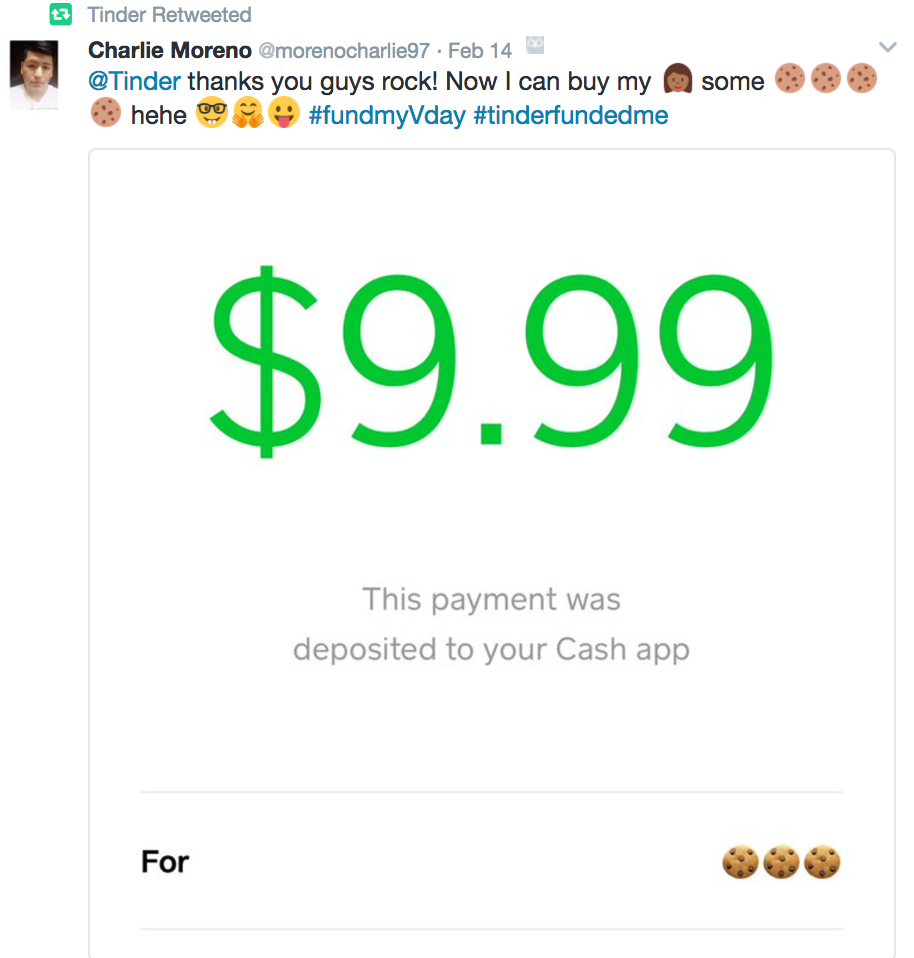 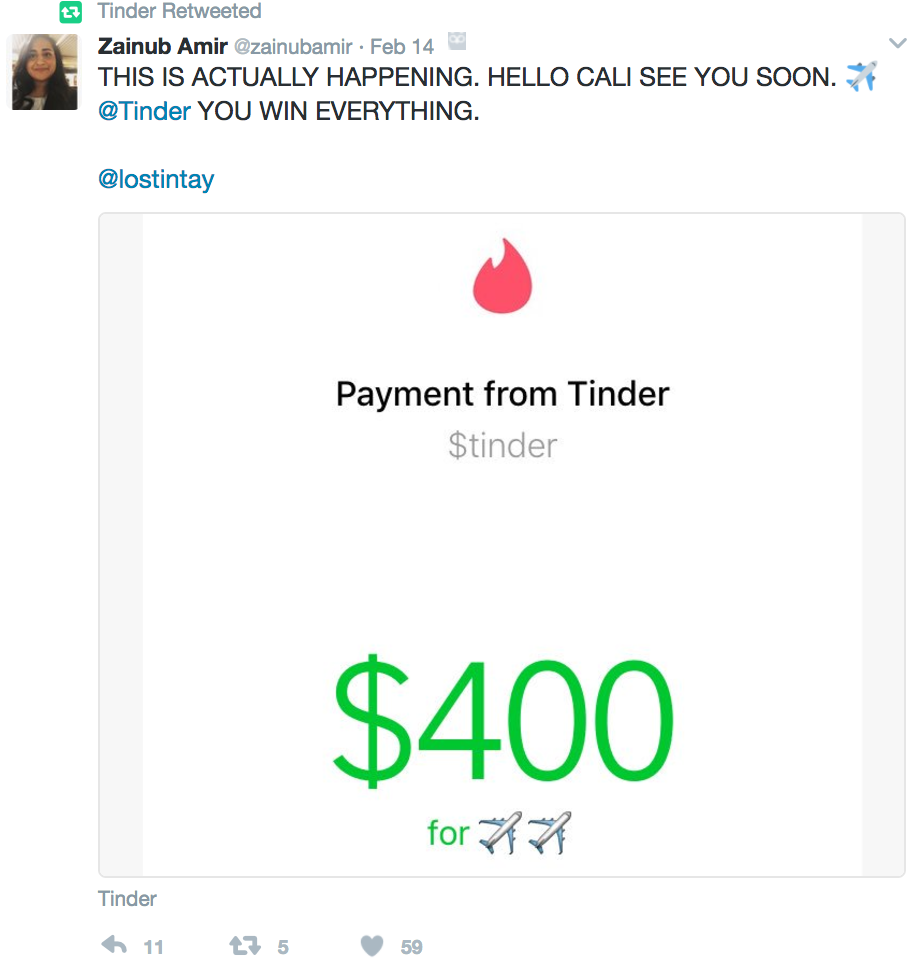 They funded smaller requests such as chinese food to larger gifts such as plane and concert tickets.

It was a great tactic to get everybody involved, from singletons to couples I think it was a really great gesture and no doubt boosted their credibility (in my eyes anyway.)

When Instagram introduced the story feature late last year I’ve got to say I felt a bit annoyed. Maybe not so much annoyed but more like I just didn’t care for the feature. I’ve used the feature a few times but I don’t find myself regularly checking people’s Instagram stories and I’ve not posted one myself in quite some time.

I just don’t want it, as a Marketer I understand the potential but as a consumer I don’t care enough to use it.

Instagram have reported that 100 million users are using Instagram stories compared to the 45% of snapchat users who post a story weekly (711000 users) despite their lead in the ‘story’ market Instagram introducing the feature has slowed down their growth compared to previous years.

I think for Snapchat, it works. Snapchat’s content is temporary so it makes sense to have something that compliments that.

I feel like Instagram have an edge for brands in the way that you can tag accounts on your pictures/ videos as well as tagging your location. 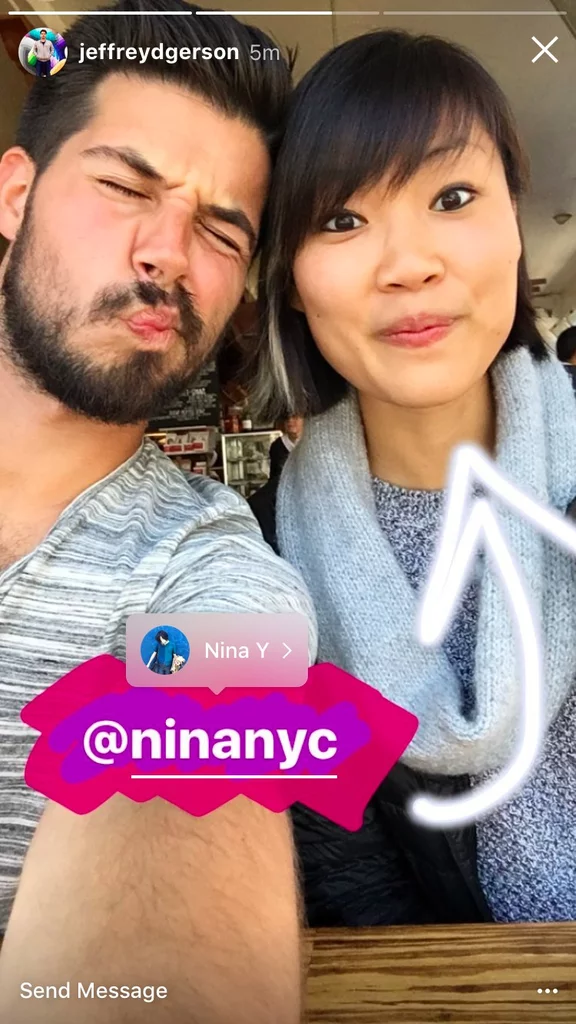 Whereas Snapchat have an edge with their filters and with the launch of their AR filters I can’t see people straying from Snapchat anytime soon.

Facebook have revealed that they are also rolling out a stories feature. I get that Social Networks are getting in on features that clearly work and that people love. Video is king right now and temporary content works especially well so why not introduce it across all platforms?

Facebook were the first network to roll out a full timeline feature and now almost every network has one. Every network takes inspiration from each other, and in fact every brand in general does so maybe I shouldn’t be so critical of the “Story” phase and should try and embrace it.

As for Facebook I hope it works and I hope it’s effective. Being the innovators they are I’m sure there will be something unique and interesting about it.

That concludes another #FridayThoughts. As always, I hope you enjoyed reading and I’ll be back again next week with another!