It’s been over a month since my last #FridayThoughts so I thought this week I would factor in enough time to do some writing away from client work! It’s my first full week in the office for about three weeks, combined with a new client and a bout of illness I haven’t found the time to sit down and write a post (there’s a lot of planning, writing and editing that goes into them!) But, I’m back! And with that we’ll get into some of my Social Media highlights!

We’ve covered the most liked photo on Instagram in a previous post so when I saw that there’d been a new record for the most retweeted tweet with over 3.5 million retweets I had to include it in this week’s post!

The tweet comes from 16-year-old Carter Wilkerson from Nevada who tweeted American Fast Food chain, Wendy’s back in April making a request for a year’s supply of their chicken nuggets. They compiled, on the grounds that he got 18 million retweets. 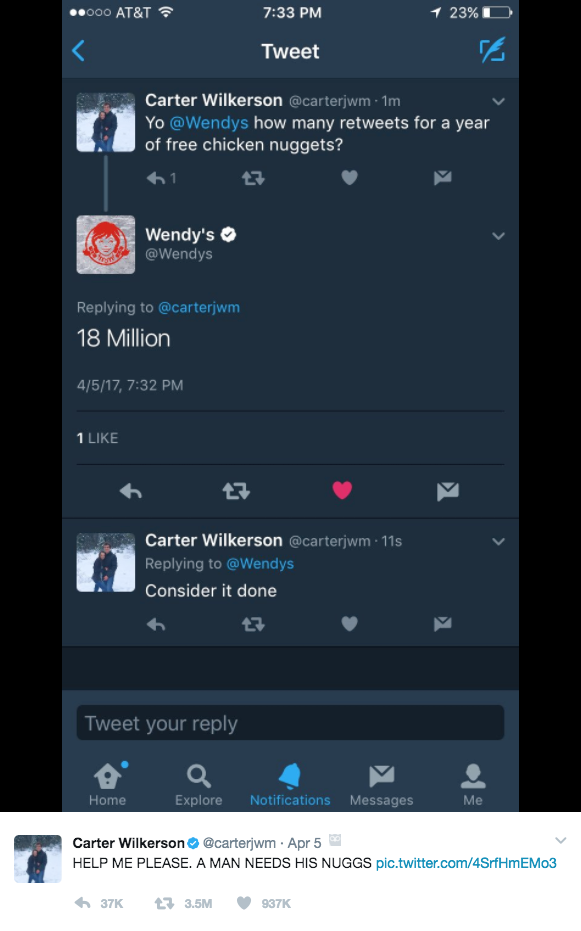 This kickstarted young Carter’s dream, and his social campaign #NuggsForCarter.

And whilst he didn’t get the 18 million retweets Wendy’s initially asked for, his plea clearly worked as he surpassed the infamous Grammy’s selfie of 2014 posted by Ellen DeGeneres. 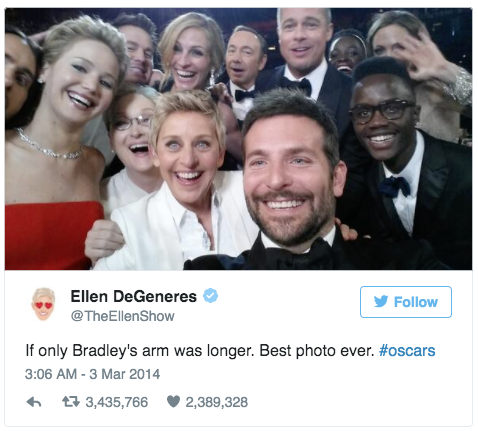 Carter actually appeared on the Ellen show a few weeks back which you can check out here:

Not only did Carter get his free nuggets but Wendy’s also donated $100k to the Dave Thomas Foundation for Adoption. 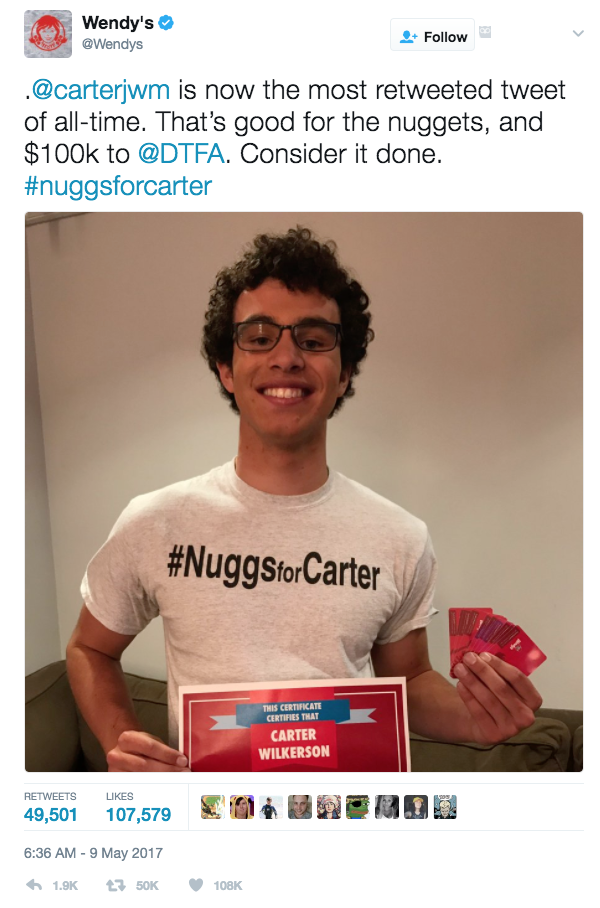 So, Carter get his nuggets, a charity get a huge donation and the teen has now been verified on Twitter and gone from 147 followers to over 100k followers! The power of Social Media!

You may of seen the likes of Bella Hadid, Kendall Jenner and Emily Ratajkowski promoting the high-end and luxury Fyre Festival. The festival was set to run over two weekends on a remote island in the Bahamas, said to be previously owned by Pablo Escabar.

The promo video promised gourmet food, private plane transfers and luxury accommodation, with tickets retailing from $400 all the way up to $12,000.

Not surprising since it’s been revealed that brands will spend over $1.4b on paying Social Media influencers for Instagram promotions this year.

However, when arriving at the festival it appeared it was far from the glamour that the festival go-ers expected with some Social Media users comparing it to a “Hunger Games style scenario” with little food, shelter or water.

That luxury accommodation they were all promised? Disaster relief tents: 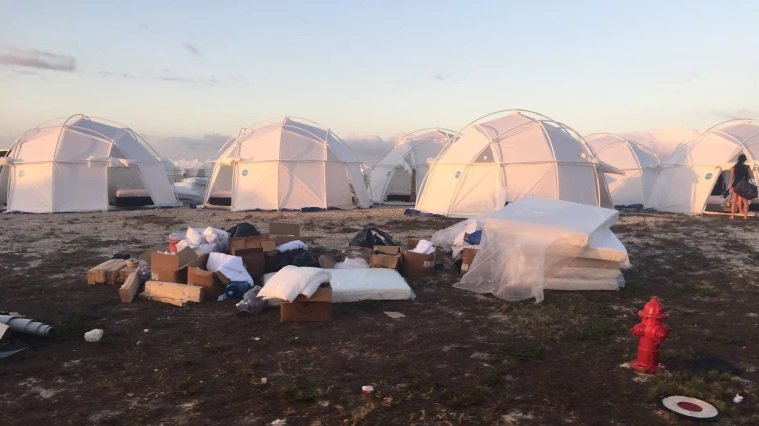 Oh and the gourmet food? 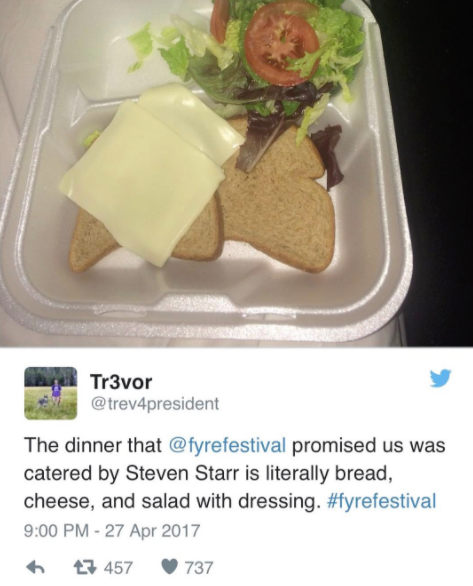 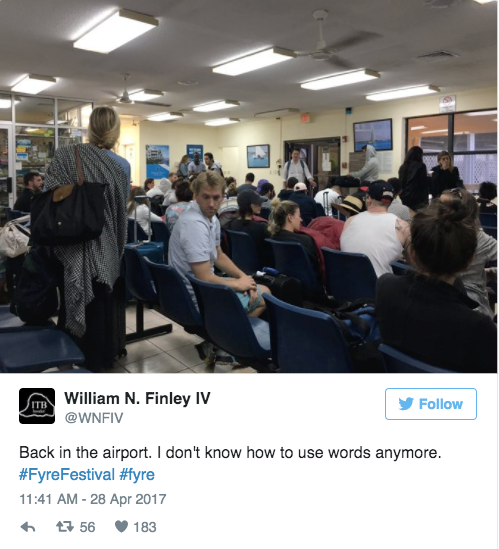 One user was stuck at the festival and said: 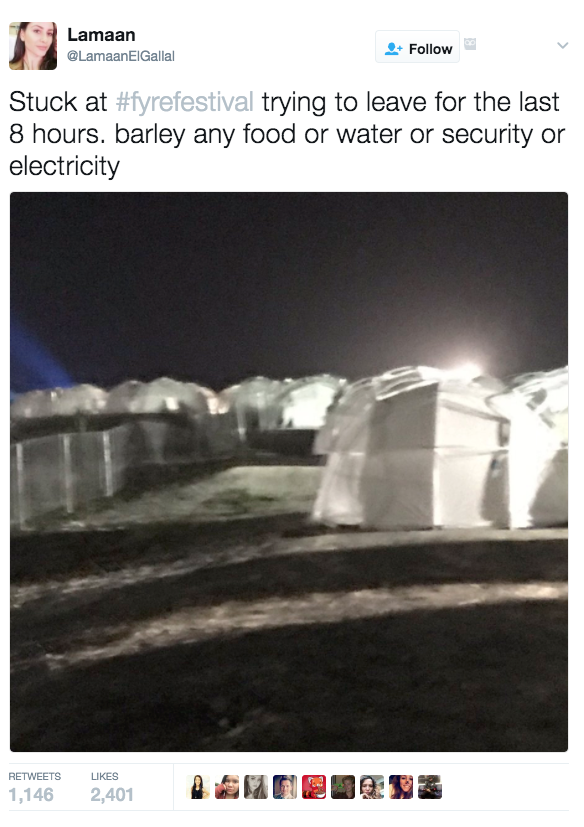 Of course the Social Media commentary started flooding in when people started to realise that the festival, organised by music artist Ja Rule, was actually what appears to be nothing more than a ponzi-scheme that should have never gone ahead: 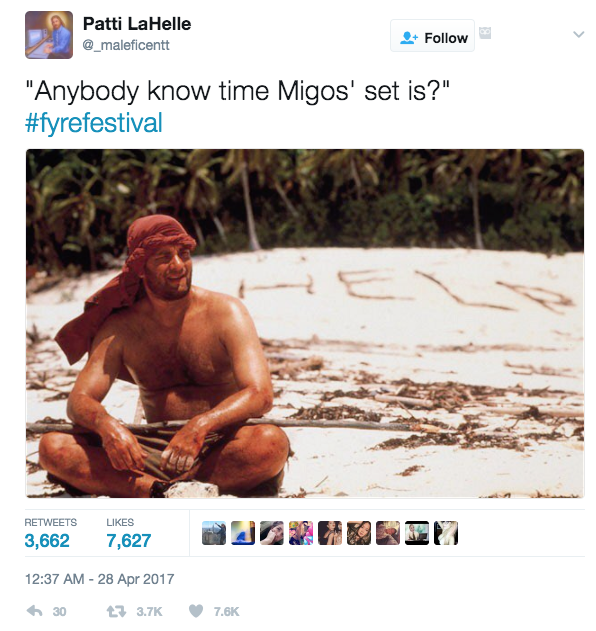 One user picked up on Kendall’s unfortunate fate with promotions lately:

Whereas one was just convinced that it was a set up all along: 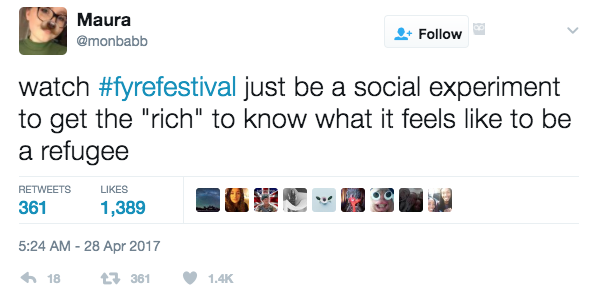 Whilst it’s ultimately the organisers fault what happened, do the influencers that promoted this festival hold some responsibility? Should they have done more research into the festival before promoting it?

I think instances like this highlight the importance of not trusting everything your favourite influencers and celebrities promote to you on Social Media. Always do your own research! If you think something looks like an ad it probably is!

Whilst some posts contain #ad in the caption, or are disclosed as being sponsored, many posts are not so be wary. If 10 of your favourite influencers have all posted about how much they love something all within a few days, they’re probably being paid to say it!

Snapchat have been in competition with Instagram (and now Facebook) since they copied their stories feature back in 2016. Ever since the future of Snapchat has been uncertain and with their growth slowing down and Instagram’s rapidly increasing it’s clear they have some competition.

With Instagram stories now getting more daily viewers than Snapchat stories Snapchat decided to roll out some new features to boost the creative edge that I think they’ve always had over the other story features.

The new update allows users to write with emojis, use a ‘magic eraser’ and even add an infinite limit on their snaps.

I’ve already tried to photoshop-esque magic eraser tool and whilst I didn’t find it to erase things perfectly, it could come in handy and if nothing else make for some funny snaps.

However, the one that shocked me the most was the infinite time limit feature. Snapchat’s ethos has always been temporary content shared between friends, however, it appears the pressures of competitors has resulted in them rethinking their approach to content in order to give them the edge they clearly need.

Whilst snaps will still disappear when a user clicks off them the new infinite time feature allows you to rewatch the snap as many times as you want. It’s a cool feature if you want to share a funny moment with your friends but in terms of being a good business move and encouraging more influencers to join the platform and favour it over Instagram I’m not sure it’s the best move they could have made.

Snapchat doesn’t currently have an analytics system in place and their advertising doesn’t allow much room for smaller businesses (with a minimum spend of $100.000!) However, Snapchat will be launching a business manager platform where brands can assign roles such as admin and editor to staff and even a more affordable and accessible adverts manager, similar to Facebook’s offering (it’s actually refreshing to see Snapchat copying Facebook for once!)

So you can expect to see more emojis, looped snaps, some dodgy erasing and with the new, more brand friendly, adverts manager potentially more adverts!

I’m glad Snapchat are finally beginning to cater for influencers and brands on their platform. Something that beloved Vine failed to do, and we all know how that ended!

I’m excited to see how the platform grows and if it manages to keep up with competition and gain its rightful place, as the original, at the top!